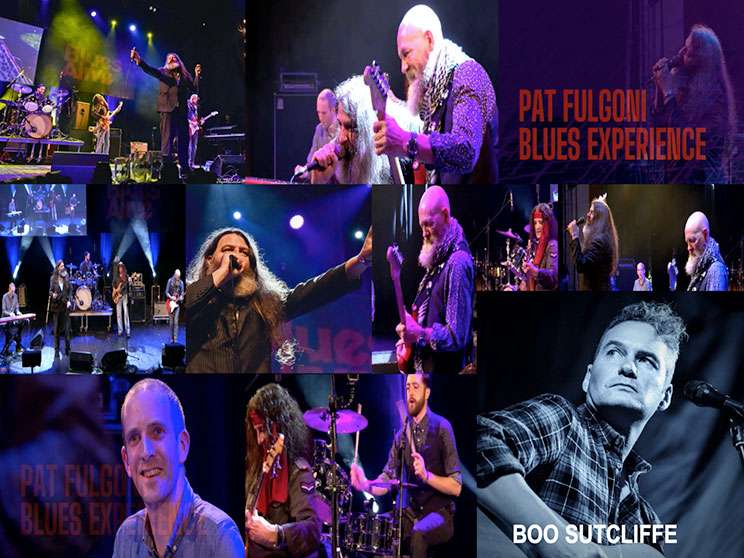 By special arrangement, Boo will be opening for the Pat Fulgoni Blues Experience at Huddersfield’s new venue, Smile Bar and Venue, on Thursday 11 August.

“I’m so chuffed to be joining my old chum Pat Fulgoni on the bill at this exciting new venue for our home town”, says Boo. “Pat’s one of those annoying singers who make it all sound so ridiculously easy. I’ve heard his Blues Experience doing their thing a few times and those guys can really play; there’s going to be a whole lot of energy and personality up there on that stage, so it should be one hell of a night.”

Boo is known as a captivating live performer and he’ll be joined by multi-instrumentalist Andy Wright and award-winning singer Claire Helm. They will be playing tracks from Boo’s new EP, You’re The Same As Me, and some favourites from last year’s widely acclaimed debut album Blink.

Pat Fulgoni is a critically exalted singer across many genres. As Billboard Mag (USA) said, “Fulgoni could sing a pearl from its oyster”.

Pat is a founder member of legendary local band Kava Kava who toured Europe, Asia and the USA, and whose first two albums “You Can Live Here” (1995) and “Supalube” (1997) have just been re-released on heritage record label Cherry Red. He won the Huddersfield Examiner Community Award for projects in support of the town’s music scene, such as the three-stage Timeless Festival, and he went on to run the notorious “all Yorkshire” showcases at the British Music Embassy, SXSW over in the States.

The 5-piece Pat Fulgoni Blues Experience have started gigging all over, including dates abroad. This year. Blues Matters mag waded in to say “I was completely blown away because he can sing, I mean, really sing. Ridiculously well”.

Have a listen here to the band at Blues Alive Festival, Sumperk

The gig on Thursday 11 August is at Smile Bar and Venue, 38 Wakefield Road, Aspley, Huddersfield HD1 3AQ. By agreement between the venue and the artists, entry to this special event is free!